Sacco and Vanzetti: Murderers or Martyrs? 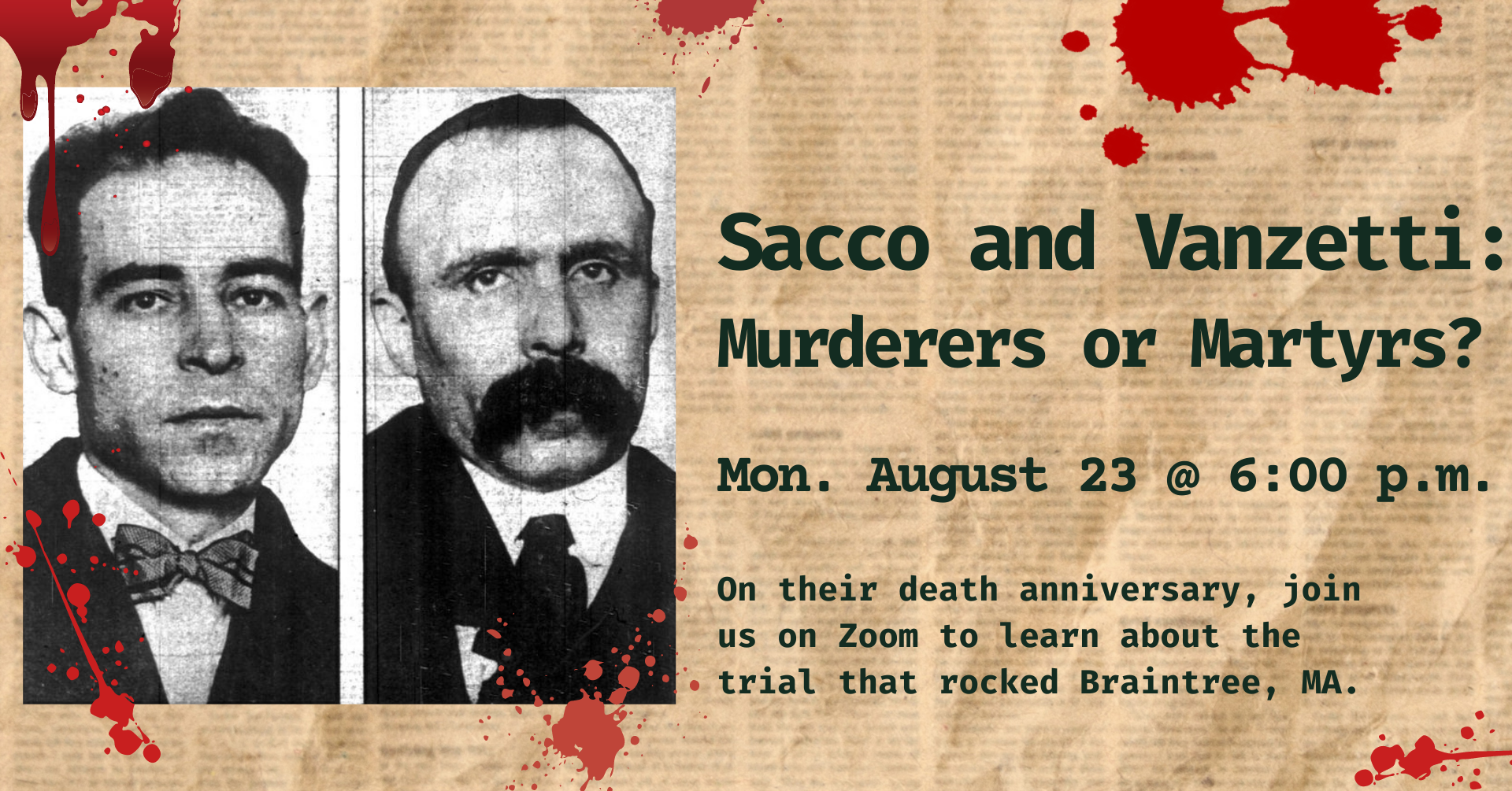 Accused of a 1920 South Braintree robbery, during which two men were murdered in cold blood, Nicola Sacco and Bartolomeo Vanzetti were convicted and sentenced to death. But did evidence support their convictions “beyond a reasonable doubt?” Or were they “convicted” simply because they were Italian immigrants — and anarchists? The Sacco and Vanzetti case became an international cause célèbre, igniting massive demonstrations, splitting families apart, and to some, staining Massachusetts justice forever.

Join Hyannis Public Library at 6:00 p.m. on Monday, August 23 for an evening Zoom presentation by Gregory Williams on the anniversary of Sacco and Vanzetti’s deaths. Registration is required to attend, please register on the form below. Zoom link will be sent to participants the day of the event.

Gregory Williams was a District Court judge for 15 years, retiring in 2015—for his last ten years, he was First Justice of the Edgartown District Court. He holds degrees from Western Maryland College (now McDaniel College) (B.A., English); Queen Mary College, University of London (M.A., English [20 th -century British Literature], and Washington and Lee University School of Law (J.D.). He talks on such topics as Massachusetts historical crimes, notable Cape figures such as William Sturgis, and the romantic-macabre. He has served on several Cape non-profit boards, and is the immediate past-president at Sturgis Library. His Facebook page, Gregory Williams Speaks, originally centered on his events, but since last year also offers peeks at odd bits of history and music.