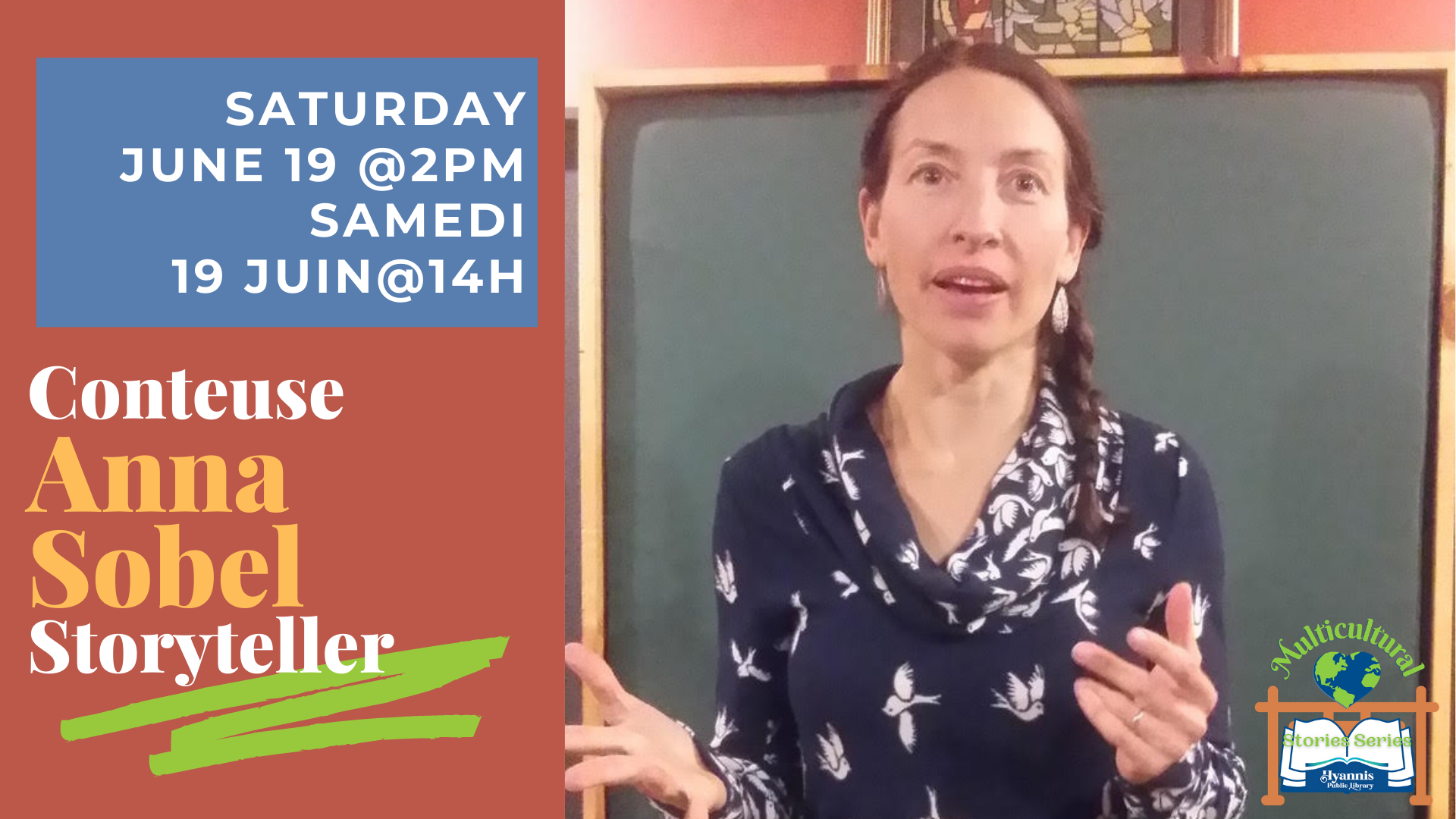 Celebrate the beginning of summer and the end of the school year with bilingual storyteller Anna Sobel, outdoors at the Bandstand on the Hyannis Village Green! Anna will be telling stories in French and English about fairies, including a Wampanoag legend about the creation of Cape Cod involving giants and little forest imps called pukwudgies. This program is free and is part of the Hyannis Public Library’s Multicultural Stories Series.

Funded by grants from the Mass Cultural Council and the Town of Barnstable.

Anna Sobel is a storyteller, puppeteer and an award-winning teaching artist. She holds a master’s degree in educational theater and studied puppetry in India on a Fulbright Fellowship. She performs solo puppet shows as Talking Hands Theatre and tells stories for everyone from children to seniors all around New England. Anna speaks multiple languages, including French, Hebrew and Hindi and has developed a program to teach languages to children with puppets called PuppetSpeak. More info at talkinghandstheatre.com