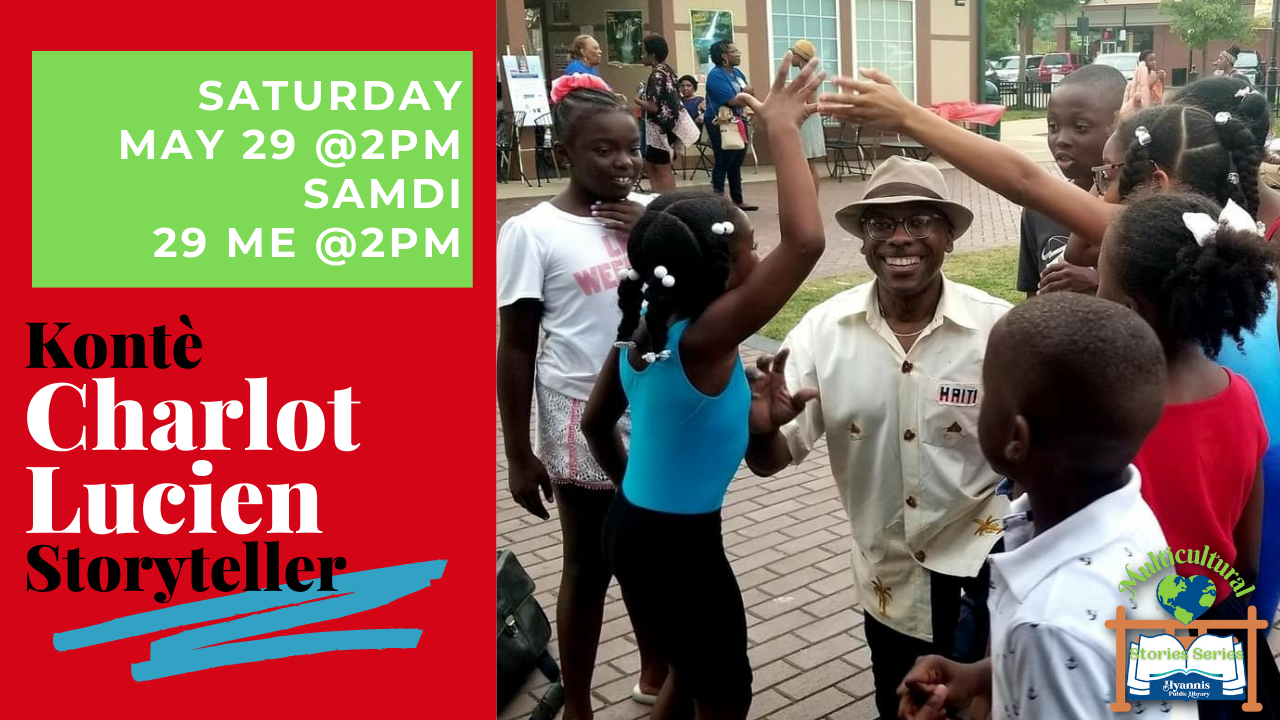 VENUE CHANGE: Due to the unpleasant weather forecast, we will be hosting this program in the upper floor of the Library. Space is limited, however. Masks will be required for everyone over 2, and the Library will not be open for circulation. Apologies for the inconvenience!

Join Charlot Lucien at the Hyannis Library for an afternoon bilingual performance of Haitian stories! This program is free. Funded by grants from the Mass Cultural Council and the Town of Barnstable.

Charlot Lucien is a Haitian storyteller, poet and visual art artist based in Massachusetts, USA. He has released 5 acclaimed storytelling CDs in Haitian Creole and French. As a poet, his work has been published in various magazines and newspapers; he is the author « La tentation de l’autre rive » released by Trilingual Press in Cambridge, MA. He frequently offers readings, storytelling sessions and conferences on Haitian culture in academic and cultural venues in various US States, Canada, Haiti, Guadeloupe and France. He is also the founder and director of the Haitian Artists Assembly of Massachusetts (HAAM).