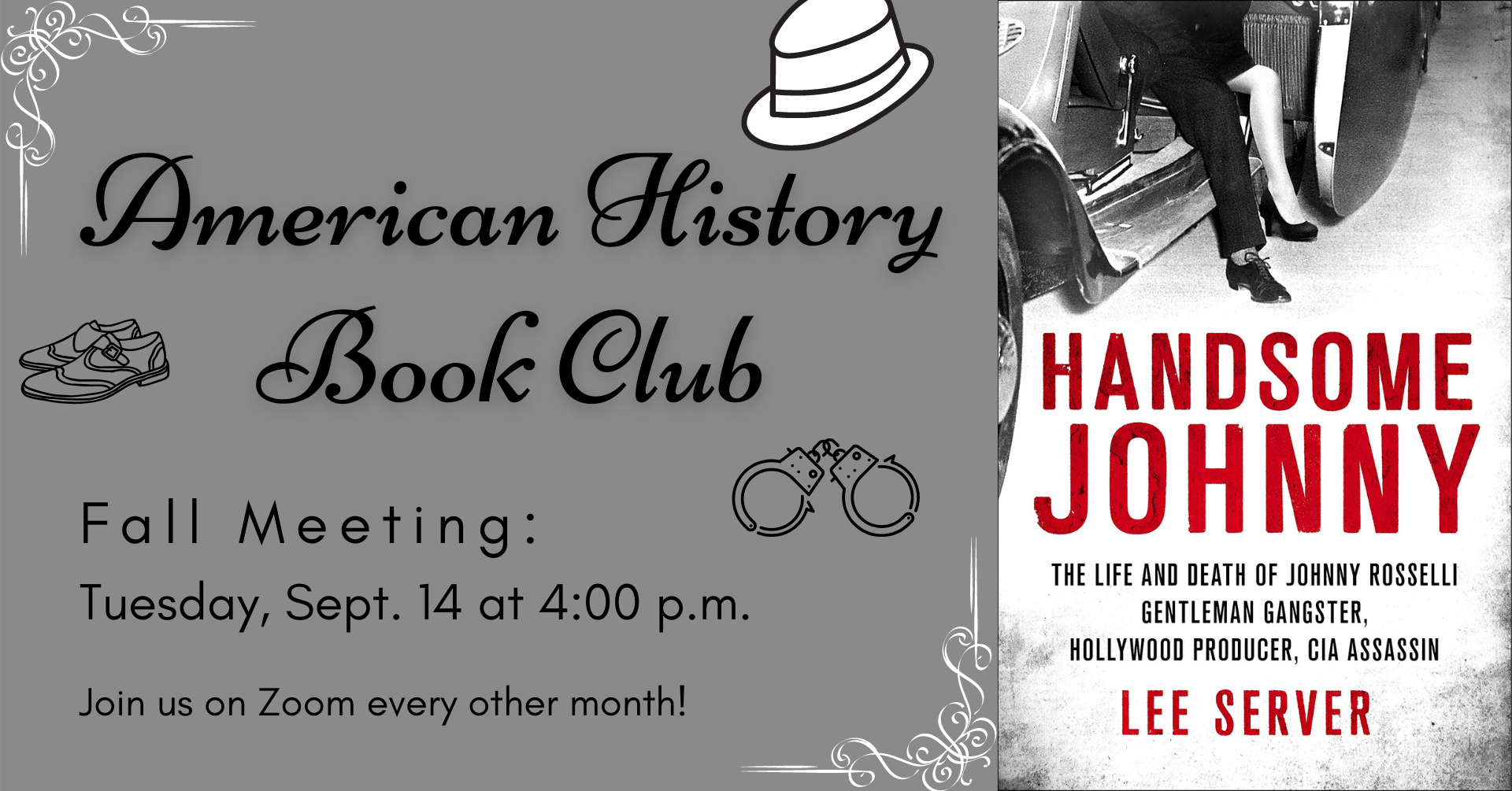 Founded in 2016, the book club meets every two months to discuss a non-fiction pick featuring American History! This event is open to the public, and newcomers are encouraged to join!

Registration for the American History Book Club is required. Zoom links will be sent to registered participants the day of the event. Register for the event in the form at the bottom of this page.

A rich biography of the legendary figure at the center of the century’s darkest secrets: an untold story of golden age Hollywood, modern Las Vegas, JFK-era scandal and international intrigue from Lee Server, the New York Times bestselling author of Ava Gardner: Love is Nothing.

A singular figure in the annals of the American underworld, Johnny Rosselli’s career flourished for an extraordinary fifty years, from the bloody years of bootlegging in the Roaring Twenties–the last protégé of Al Capone–to the modern era of organized crime as a dominant corporate power.

The Mob’s “Man in Hollywood,” Johnny Rosselli introduced big-time crime to the movie industry, corrupting unions and robbing moguls in the biggest extortion plot in history. In a remarkable turn of events, Johnny himself would become a Hollywood filmmaker–producing two of the best film noirs of the 1940s.

In the 1960s, in the most unexpected chapter in an extraordinary life, Rosselli became the central figure in a bizarre plot involving the Kennedy White House, the CIA, and an attempt to assassinate Fidel Castro. Based upon years of research, written with compelling style and vivid detail, Handsome Johnny is the great telling of an amazing tale.